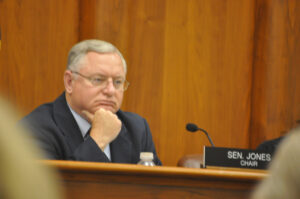 For a man, going bald can be a difficult time. Men often become desperate amidst the confusion of aging. Some resort to hair loss remedies that might as well be snake oil. One such magic bean remedy, Propecia, was found to contain finasteride, an active ingredient known to cause temporary and permanent impotence. Not only did this product fail to alleviate androgen alopecia (male-pattern baldness), but it also destroys the last link to a man’s youth—libido.

Clinical studies conducted in Sweden found that 39% of subjects reported symptoms of sexual impotence after regularly taking the drug. Of those patients who reported symptoms, only 50% of them were relieved of their sexual dysfunction.

Failing to release side effects associated with impotence is a serious matter. Sexual dysfunction is highly correlated with depression and suicide for men. When you couple that with the difficulty associated with male pattern baldness you have a recipe for disaster. And so, more than 742 other claims will be attached to the initial filing against Merck and Propecia by a Florida man devastated by the drug.

The suit will contend that Merck failed to warn consumers about all the risks associated with their products. Customers trusted, at the very least, that Propecia would have no adverse side-affects besides those listed on the label. Merck, however, failed to report a very real and serious complication with their magic bullet for hair loss. Thus, they will likely be found at fault, or be forced to settle for a great deal of money outside of court. Hopefully, Merck will reform their often-questionable pharmaceutical dealings. The class action against Propecia, however, is just one in a long line of pharmaceutical company misdealings that are likely to continue.