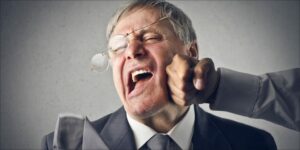 Consider the same example however instead of holding a book, you are pointing a gun at someone. Because a gun is a deadly weapon, you could be charged with aggravated assault. That person may reasonably believe that by saying “I am going to get you,” while pointing a gun at them means that you are going to shoot them right then and there.

Aggravated assault is a Class 3 felony and is considered a dangerous offense which means that if you are charged with aggravated assault, you could face up to 15 years in prison. An assault will be elevated to a felony if any aggravating factors are present, including the use of a deadly weapon (the gun in the example above). There are 10 other aggravating factors that can elevate your assault charge to a felony. An experienced attorney can determine whether any aggravating factors are present in your case and can help defend against them. Call Van Norman Law immediately for a confidential evaluation of your case. We will investigate the charges that have been brought against you, develop an appropriate defense and advise you right away.